(But not you because you’re reading this 😉

1. You’re scared to NICHE down till it hurts


In my experience, EVERY Entrepreneur (myself included) starts their journey TERRIFIED that we might (GASP) not resonate with EVERY POTENTIAL client/customer/listener/fill in the blank.

The OPPOSITE is true. If you try to resonate with a broad audience, you’ll resonate with no one. You’ll be another Entrepreneur screaming into the wind that no one is listening to, because they’re screaming too.

Find a niche small enough that you can dominate, then CRUSH IT.

Once you get momentum, aka a few raving fans, THEN you can start to explore what it would look like to broaden your niche, one step at a time…

If you’re looking to carve a special place in this world in an area you LOVE and can provide VALUE in, you’re home…welcome!

2. You’re gonna give up too quick


WOW was this almost my kryptonite.

I remember it as clear as yesterday…

I was two months into EOFire.

I was getting over 3,000 listens a day, and was pegged at the #1 spot in New and Noteworthy for Business Podcasts in iTunes.

I thought I was riding a rocket-ship to the moon, then suddenly, I wasn’t.

I pulled over for gas and as I was filling up I checked my stats.

I was at 20% of my normal downloads. Something was wrong.

I might have exceeded the speed limit a few times trying to get home fast to figure this out.

I was at day 57 of EOFire, and I was NO LONGER ELIGIBLE to be featured in New and Noteworthy.

Apparently, that was how most people were finding out about the show…

At that moment, I thought about quitting.

In my mind, it was ALL downhill from here.

My show was going to be swallowed up in the sea of iTunes, never to be seen again…

I had 40 shows prepped to go, and my show (slowly) started to recover.

Today, EOFire generates between 1.5 to 2 million listens a month.

If I had let that one setback lead me to quit, the thousands of impacted lives, the 10 Million Dollars in revenue, the incredible journey; all would have vanished in an instant.

So many quit too quick.

So many give up too early.

The sad thing is, they’ll never know what could’ve been.

Success is a journey.

Success takes guidance, and in 2017 there is no better guide than

The Mastery Journal: Master productivity, discipline and focus, and quitting will be the FARTHEST thing from your mind this year.

We ALL fall down in life.

I fall down daily with EOFire.

WINNERS keep standing up after they get knocked down.

Life is about HOW you react WHEN you get knocked down, not IF.

Patriots got knocked down 7 times in the first 3 quarters.

No team had EVER come back from being more than 10 points down in the SB.

The Patriots were down 25.

Not a Patriots Fan?

Not a Football Fan?

We can learn from almost every situation in life, and in this situation, the Patriots got up 8 times, and won a Superbowl ring.

In the above example and in most LIFE examples, when you WIN by getting up the 8th time, it ERASES all your previous losses.

That’s why I’m FIRED UP to write my first traditionally published book in 2017, How to Finally Win.

Because it’s not about how not to lose, it’s about How to Finally Win.

But that’s the future, and I want you to WIN NOW.

There is no better way to win in 2017 than mastering productivity, discipline and focus in 100 days.

The Mastery Journal: Over 2000 people have committed to WINNING in 2017, will you?

People LOVE quoting the above. It’s all the rage.

I do things that don’t scale EVERY day, and I made over 2 Million last year.

The KEY component that people miss is that by ‘doing things that don’t scale‘, they can learn priceless information that can be scaled into products, services, communities, fill in the blank.

ALL of my greatest ideas have come from one on one conversations.

Result: The Freedom Journal and over 19,000 sales and counting.

I struggle w/ productivity, I’m not a disciplined person, I can’t seem to focus.

Result: The Mastery Journal and over 175k in sales in two weeks.

Every day I do things that don’t scale, and by doing so I’ve built a business that allows me to be financially and location independent.

DO things that DON’T scale.


Every day I receive emails from Fire Nation with some variation of:

John, I’m scared to put myself out there…

What if I fail?

What if I look silly?

What if I lose?

My one response to these questions is:

It’s not about how not to LOSE. It’s about how to finally WIN.

I lose EVERY DAY.

Do I let that stop me?

Because I know all I need is ONE WIN, and ALL the losses are erased.

More so, I NEED those losses to learn from so I can achieve my WIN.

EOFire was my first big WIN.

I had many losses before EOFire’s launch, and MANY after. But the WINS are all that matter in the long run.

Fire Nation, don’t be scared of losing. Be focused on how you’re going to WIN.

The Mastery Journal will guide you in mastering this FOCUS.

Give it a chance. It’s my best work ever and will guide you to YOUR win.

The Mastery Journal. Invest in yourself.

The post The 5 reasons you’ll FAIL in 2017 appeared first on EOFire Business Podcasts. 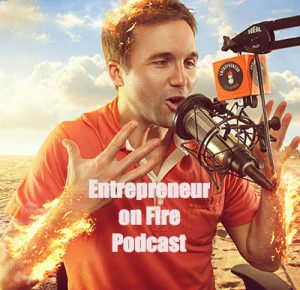 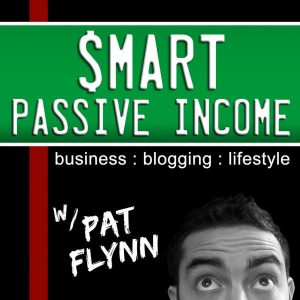 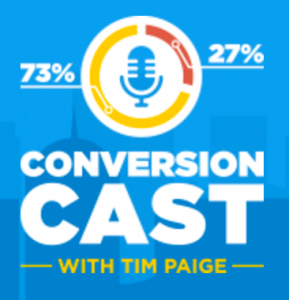